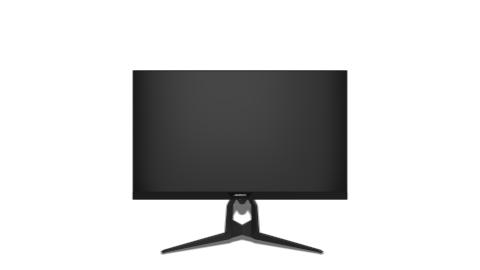 The AORUS FI27Q uses an advanced 10bits(8 bits+FRC) Color IPS display technology which gives you extra wide viewing angles with 178/178 degrees. While in fierce competitions, the FI27Q’s smooth rendering ability will deny any chance of ghosting effects and lead you to victory.

CREATE YOUR OWN GAMING AMBIENCE WITH RGB FUSION 2.0

AORUS FI27Q Gaming monitor boast the most advanced LED systems in the market today. Thanks to the RGB Fusion App, you’ll be able to create a gaming ambience exclusively to you with its intuitive UI and customizability. LED enthusiasts now have the chance to show off their creativity with the ability to customize multiple zones independently.

The falcon utilizes its powerful wings to soar through the skies and lock down its prey. The AORUS Core takes inspiration from the falcon’s aerodynamic wings, incorporating a multi-layered design which features wing shaped contours and also resembles the falcon’s high velocity ascension and dive through the skies. With sleek and metallic armor, the AORUS Core symbolizes advancement in technology with its futuristic style.

Smart close-talk voice capturing technology with dual mics perfectly cancels out the environmental noises/sounds with the least voice distortion, letting your teammate receive your voice clearly. Not only traditional Computational Auditory Scene Analysis(CASA) techniques, but also combined with Acoustic Physics & Psychoacoustics, processing your voice through a wideband DSP chip and brings you the best communication convenience and privacy anywhere.